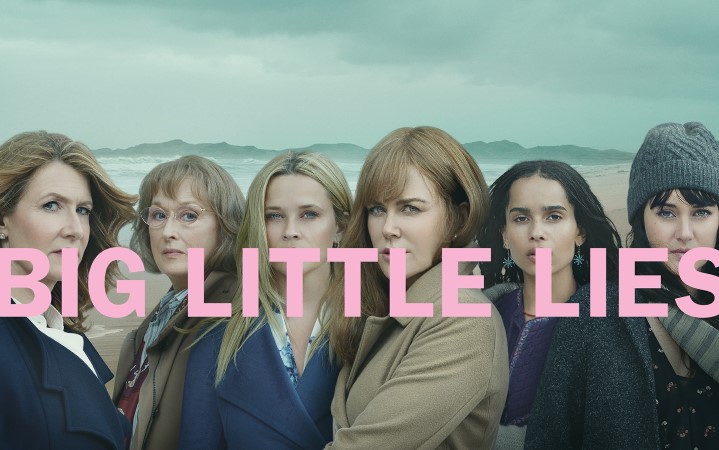 HBO always plugs great music into their TV shows. It is impossible to watch the smash drama Big Little Lies without noticing the song from the opening credits. The song is “Cold Little Heart” by Michael Kiwanuka. It is the perfect choice for the show’s theme music and a brilliant start to Big Little Lies.

The track opens both seasons of the television show. The music is perfect in the title sequence. Despite different shots, the new credits in season two still center around waves crashing, a tall bridge, and imagery of picturesque California coast.

“Cold Little Heart” is the first song on Michael Kiwanuka’s Love & Hate. Like many other pieces in the album, the ten-minute track blends different styles that showcase Kiwanuka’s beautiful voice. The lyrics alone set the tone for the series:

“Did you ever want it?
Did you want it bad?
Oh, my
It tears me apart
Did you ever fight it?
All of the pain, so much power
Running through my veins
Bleeding, I’m bleeding
My cold little heart
Oh I, I can’t stand myself”

In addition to the terrific acting, the season two soundtrack is on fire. Through two episodes, Big Little Lies featured Neil Young, Charles Bradley, Elle King, and Sufjan Stevens. The classic Jimmy Ruffin song “What Becomes Of The Broken Hearted” has been used multiple times.

Who Is Michael Kiwanuka?

Michael Kiwanuka is a singer-songwriter from the U.K. He is of Ugandan descent, but grew up in London. He first gained a measure of popularity as his songs slowly trickled online. This culminated in 2011, when he released three EPs in one year.

In 2012 Kiwanuka dropped his debut full-length album, Home Again. The record featured four singles that included the terrific “Tell Me A Tale” and “I’ll Get Along.” Four years later, he put out Love & Hate. Megastar Danger Mouse co-produced the album, which includes “Cold Little Heart.” The ten-minute Big Little Lies song leads off the record.

The theme is not the the only standout work on the LP. “Place I Belong” and “Father’s Child” are amazing pieces of music. Kiwanuka’s lead single, “Black Man In A White World,” is a power set of lyrics. Much like “Cold Little Lies,” “Black Man In A White World” contains a blend of complex musical layers. The artist broke down the hybrid nature of the song in a 2017 episode of the podcast Song Exploder.