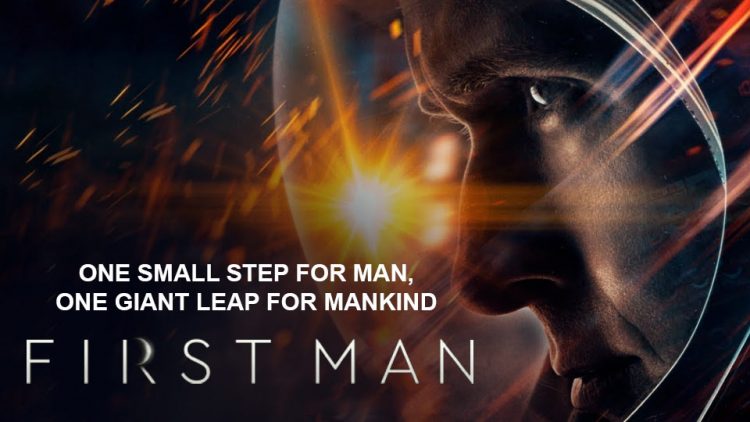 First Man is a prototype of intense POV filmmaking. Director Damien Chazelle puts the audience in the cockpit, command module, and spacesuit in his portrayal of Neil Armstrong’s career. Despite this adrenalized proximity, First Man has a plodding pace and misuses opportunities for the character exploration necessary for a successful biopic.

Both outcomes are unlikely byproducts of Chazelle’s style. Significant chunks of First Man are spent with a shaky tight camera on Ryan Gosling’s face as he depicts Armstrong’s remarkable experiences with different NASA programs. This includes training and flying that predates his Apollo 11 mission.

The film devotes so much time to these moments that it becomes repetitive and tedious. First Man also does not fully develop Armstrong as a biopic subject. It is unusual to spend two hours and twenty-one minutes on one individual and come away not knowing much more about them.

Chazelle used Armstrong’s wife, Janet, as a window into his personal life. Played by Claire Foye, the bulk of Janet’s scenes come during tragedy. There are several of these moments in First Man. Armstrong’s daughter Karen passed away at age two. Several of Armstrong’s NASA cohorts died in training accidents.

Foy is genuinely good as Janet Armstrong, although many of her scenes unnecessarily fluff the movie’s running time. They come off as forced attempts to develop Armstrong’s personality that only result in making the movie drag.

This was a difficult challenge for Chazelle. Neil Armstrong was notoriously reserved. By adding these scenes, Chazelle did not enhance the movie. He merely made First Man a version of The Right Stuff with a drab focal point.

First Man would benefit from a different final cut. If Chazelle was going to center on Armstrong’s NASA work, he could have accomplished the same result without making Foy a significant character. Intertwining his personal life with a vast amount of training does not succeed under the restraints of a blockbuster’s run time.

Chazelle did make stellar recreations of Armstrong’s experiences. The on-screen product is so claustrophobic that Ron Howard’s Apollo 13 set suddenly appears cozy. The moon landing is also impressive. Chazelle did an amazing job of relaying the lunar surface’s barren vacuum.

The moon landing scene in First Man is an unlikely source of debate. Much vitriol has surrounded the decision to not show Armstrong planting the American flag on the moon. Instead, Armstrong has a touching moment that recalls his deceased daughter.

The criticism appears to come from people who have not watched First Man. There are clear shots of an American flag close to the lunar module. The film also gives historical context to the space race’s geopolitical nature. Given the scene’s emotion, the lack of flag hoisting is not the omission that the manufactured controversy claims.

It is unfortunate that the legacy of First Man will be associated with a non-issue. Chazelle and Gosling give audiences a chance to gain insight into NASA’s early efforts. The film is a dry look at the astronaut’s extraordinary accomplishments. Even if the results are mixed, the most discussed aspect of the film is an undeserving distraction.