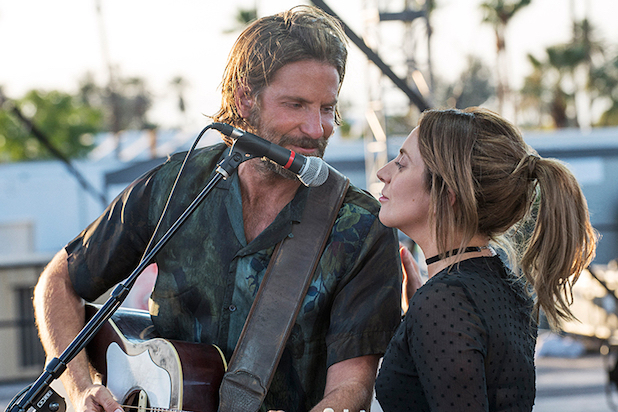 A Star Is Born is the third remake of a premise that first made its way into movie theaters in 1937. Even though the film has already been tweaked for Judy Garland and Barbra Streisand, the latest iteration proves how talent elevates a story. Stunning acting by Bradley Cooper and Lady Gaga keeps the 2018 cut of A Star Is Born relevant.

The film features Cooper as Jackson Maine, a rock star so famous that he gets recognized in the grocery store. Lady Gaga is Ally, a waitress whose gifts as a singer catch Jackson’s eye. They fall in love and Maine brings attention to her talents. As she eclipses his own stature, Maine struggles with alcohol and drug problems that take a toll on their relationship.

A Star Is Born is a good film without many surprises. Derivations of its gist have been fleshed out in countless rock biopics. Cooper, who also directed the movie, kept the action uncomplicated and allowed the on-screen talent to take over. Without his vision (or the cast’s superior acting), A Star Is Born would be generic.

The relationship drama is not slowed by excess. Everything is to the point, including the camera angles. There are an abundance of close-ups throughout A Star Is Born. Shots of musicians on stage before thousands of fans and intimate scenes are treated with tight looks at each actor.

This approach does not result in the cleanest film, but the narrow angles heightened the effect of the acting. The emotional moments have impact because the camera draws the audience into every dressing room and hotel room.

The relationship’s roller coaster is driven by Cooper, who depicts Maine’s addiction with extraordinary realism. It is an easy concept that is difficult to deliver. Cooper acts without exaggerating functional addiction. His performance comes through not only when he is indulging, but even during periods of sobriety.

Despite a simple story, A Star Is Born is made for theaters. Each concert is enhanced by the big screen and bigger speakers, giving the feel of a front row seat to the audience.

It is during these scenes where it is easy to be blown away by Lady Gaga’s voice. She owns every moment as a brilliant, but unconfident singer. Given her status as a visually-minded artist, Lady Gaga’s capable acting is not the most surprising talent in A Star Is Born.

The bigger revelation is how Cooper holds his own as a singer. He sang well enough to make Jackson Maine a believable musician despite hefty competition.

Cooper’s performance is bolstered by Lukas Nelson & Promise Of The Real. The group acted as Jackson Maine’s backing band and contributed much of the film’s outstanding music. Having Promise Of The Real was a great touch from Cooper, who could have just hired actors that also play instruments and only used the band in the studio.

Their presence adds authenticity to a movie with a small, but powerful cast. With Sam Elliott, Dave Chapelle, and Andrew Dice Clay already in the fold, Promise Of The Real are the finishing touch for A Star Is Born. This incredible collection of talent succeeded in making an old story the vehicle for some of the most memorable performances of 2018.

Click here for The Flat Circle’s review of the A Star Is Born soundtrack.