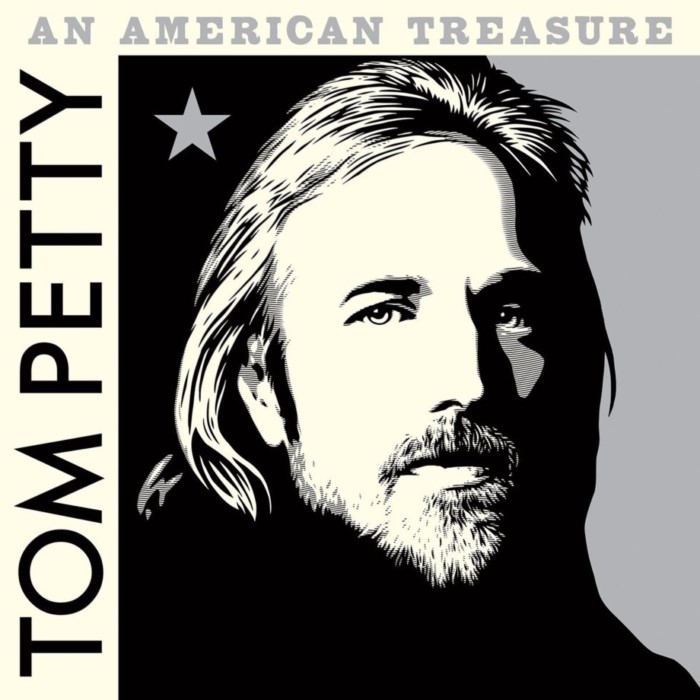 After Tom Petty passed away last October, the Heartbreakers existence as an incredible band was unfortunately cut short. Anyone who attended their 40th Anniversary Tour could see that the band still wielded incredible musical ability, yet they were suddenly without their leader. Music with a different singer would not be right. Any new music would have to come from their archives. Last week Petty’s family released the first posthumous song of the musician’s career, “Keep A Little Soul.”

The track is a part of the 60-song box set An American Treasure. The compilation will be released on September 28, four days before the first anniversary of the musician’s death.

The 60 songs are representative of different eras of the band’s career. The box set will include live tracks and studio recordings that have not found themselves on previous albums. American Treasure was curated by Petty’s family, Heartbreakers Benmont Tench and Mike Campbell, and longtime Heartbreaker associate Ryan Ulyate.

“Keep A Little Soul” was recorded for the Heartbreakers’ 1982 album Long After Dark. This is not the first track from these sessions that has been included on a box set. The song “Keep Me Alive” was released on their comprehensive 1995 compilation Playback.

The track is a catchy, keyboard-driven song that is instantly recognizable as a Heartbreakers track. Petty sings with his trademark snarl and the band is locked in on the radio-friendly pop song.

“Keep A Little Soul” fits in well with the other songs on Long After Dark. The record’s standout song is the early MTV synth smash “You Got Lucky.” It is mostly comprised of wonderful rock tracks like “Change of Heart” and “Straight Into Darkness.” Like the new song on American Treasure, the album is a showcase of Benmont Tench’s abilities with different keyboards.

The “Keep A Little Soul” lyrics are optimistic. The upbeat refrain “When you keep a little soul, nothing really matters anymore” especially stands out when watching the song’s video. The video is a mashup of clips from different parts of Petty’s career. It is an emotional and fun look back at his life.

Some blog readers may recall that I am a huge fan of Tom Petty and the Heartbreakers. They were my favorite band to stalk on tour and their music has made a tremendous impact on my life.

Since Petty died last fall I went through a long period of time where I did not listen to his music. I switched to a different radio station when one of his songs came on. I was also hesitant to embrace the idea of any posthumous “new” work.

A few months ago, I saw a clip of Mike Campbell singing some Heartbreakers songs at a gig with his side project, The Dirty Knobs. I realized that it was okay to begin listening to their music again. I was still hesitant to embrace the idea of archival Heartbreakers releases like American Treasure.

Most of my resistance came from the idea that a studio executive would comb through the archives and slap a few songs onto a posthumous album. It would not be unusual for a record company to capitalize on a deceased artist’s leftovers for profit. I did not want the post-Petty legacy of the Heartbreakers to become like other artists.

The Heartbreakers have always maintained a high standard for their music. Unlike Bruce Springsteen, Neil Young, or The Grateful Dead, the Heartbreakers emphasized quality over quantity. Each new release was always special because it was not lost in a volume of official bootlegs and leftover material.

I am still a little hesitant to listen to new old stuff, but I know that the quality of the material will not be an issue. A listen to the Playback box set will let you know that their B-sides are another band’s A’s. Campbell and Tench’s involvement was important to me as well. Their input is essentially a seal of approval to me as a fan of the Heartbreakers.

Musicians have a unique ability to make art that is both “in the moment” and forever. When I watched the music video for “Keep A Little Soul,” I was struck by the strangeness of listening to something new from an artist who is no longer with us.

The video itself was a heartwarming tribute to Petty that promotes a positive attitude towards the box set. I will try to embrace American Treasure as a tribute to the artist and the first step in curating the Heartbreakers’ legacy as an amazing band.